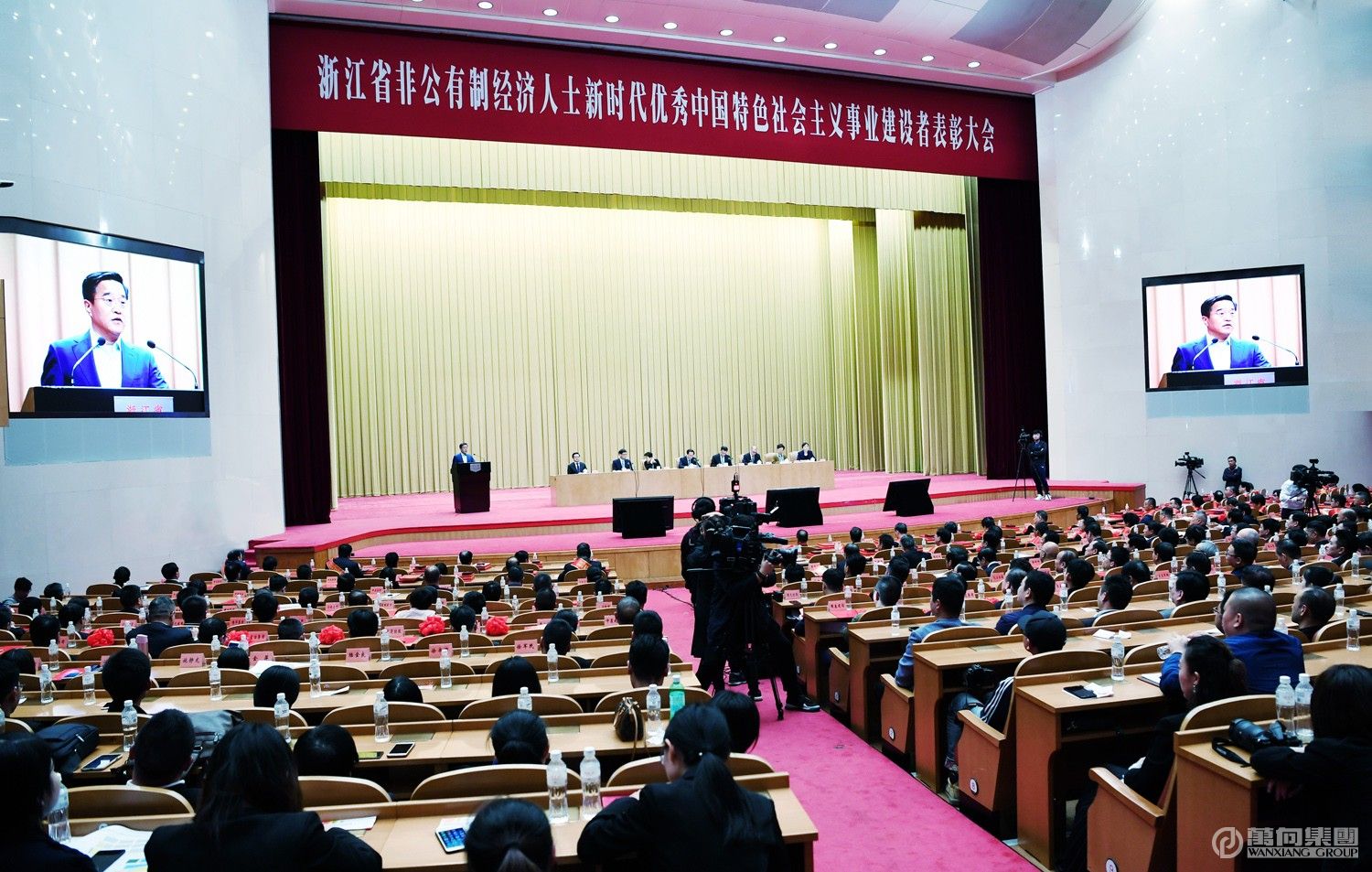 On the afternoon of November 2, the commendation conference for the non-public economic individuals and excellent builders of socialism with Chinese characteristics in the new era in Zhejiang Province was held in the Zhejiang People’s Great Hall. Governor Yuan Jiajun presided over the meeting, and Secretary of Provincial Committee of the CPC, Che Jun, made an important speech. At the meeting, Lu Weiding was commended and he delivered a speech as an entrepreneur representative.

Che Jun congratulated the commended entrepreneurs and extended greetings to the non-public economic individuals in the province. He said that the CPC Central Committee with Comrade Xi Jinping as the core had always been attaching great importance to the healthy development of the non-public economy and the healthy growth of non-public economic individuals. Che Jun pointed out that Zhejiang was the pilot area of reform and opening-up and an important birthplace of China’s private economy. Zhejiang would be strong if the private economy was strong here, and Zhejiang would be developed well if the private enterprises were well developed. It’s hoped that the all the non-public economic individuals in the province, including private entrepreneurs, would conscientiously study and implement the guidelines in the important speech General Secretary Xi Jinping made at the symposium on private enterprise, consciously practice the new expectations placed on Zhejiang by General Secretary Xi Jinping, and vigorously promote the spirits of Zhejiang businessmen in the new era to bravely undertake the mission, race to seize new opportunities, and make new achievements, thus striving to promote creating greater glories and making new contributions in the province’s non-public economy. Che Jun said that the provincial party committee and the provincial government would always connect with everyone heart to heart and always be the powerful backing of everyone. We would resolutely implement a series of decisions and arrangements on promoting the development of the private economy put forward by the Central Committee of the Party and the State Council and seek improvement in stability by focusing on promoting private enterprises, so as to make the private enterprises feel at ease to start their businesses with more practical work.

Lu Weiding made a speech entitled “Strive to be worthy of today’s trust”. He said, “Wanxiang is lucky. We were born in Zhejiang. In this hotspot for reform and opening-up, no matter where we go, in China or in the world, ‘Zhejiang’ represents the best growth environment for private enterprises; the luck of Wanxiang people is that our founder gave Wanxiang excellent growth genes, the firm belief of following the Party’s instructions and path and the perseverance of keeping fighting; 25 years ago, I became Wanxiang’s president and a member of the Chinese Communist Party.” He expressed his gratitude to the provincial party committee and the provincial government for their affirmation and trust in recent years and thanked all those people in Zhejiang who had been consistently supporting and believing in Wanxiang. He said that the future of Wanxiang was to continue to focus on the main business and explore at the frontier. We ensured that we would follow the party’s direction and instructions to make Wanxiang to do a good job in its career. The current goal for Wanxiang was to spare no pain to build Wanxiang Innovation & Energy-gathering City.

Che Jun said that Lu Weiding’s speech was greatly encouraging, and Lu Weiding was a representative of Zhejiang young entrepreneurs with excellent qualities including the pioneering spirit, having the courage to act and promoting the entrepreneurial spirit of the older generation, which further strengthened the provincial party committee and provincial government’s determination to support the development of private enterprises.